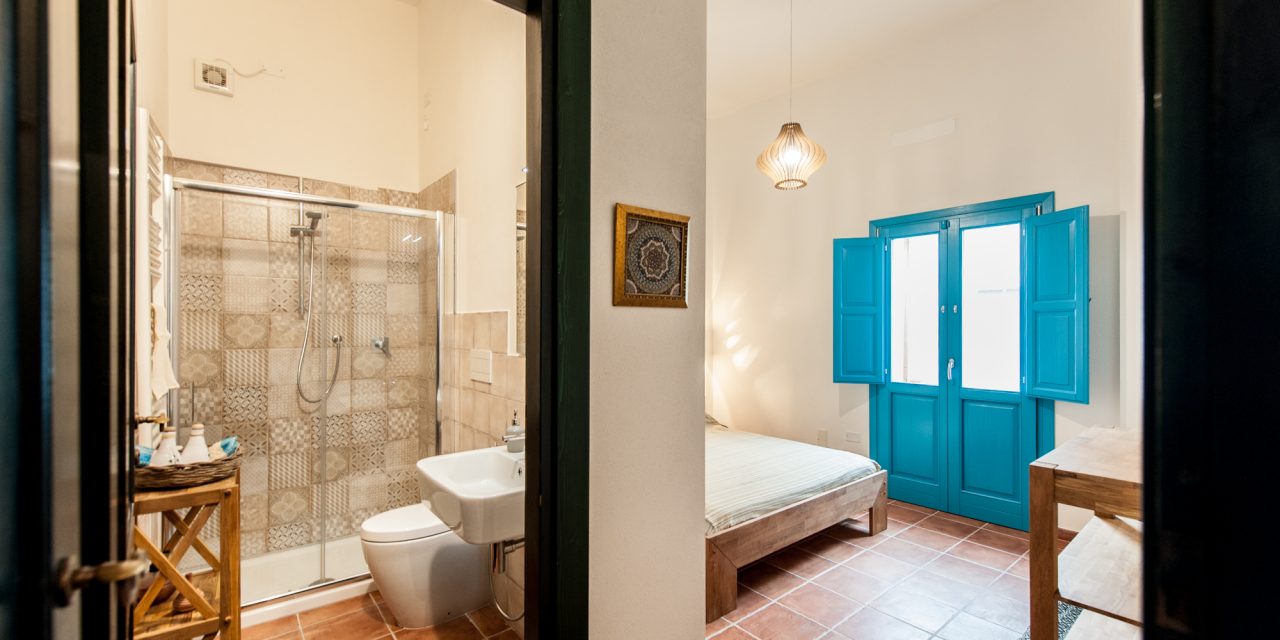 The location of the B&B is convenient for those visiting the south of Sardinia: in 10 minutes you can reach the Cagliari airport. It is the ideal base for visiting both the south east of Sardinia and the beaches of Villasimius and the south west: Iglesias and the green coast with its splendid mines on the sea. Working in the tourism sector, we know the island very well and we will be happy to give you many tips and suggestions for your holiday!

Monserrato is a town bordering Cagliari, characterized by the presence of typical Sardinian Campidanese houses; with their characteristic central courtyard.

Le Rondini B&B has a double bedroom inside an ancient Campidanese house, which was a ruin and has been lovingly restored. It still preserves some typical features such as walls made of mud bricks and an internal courtyard that can be used by the guests. It is also pet friendly.

The room has an private entrance, opened using a numerical code, allowing maximum confidentiality and autonomy. There is a private bathroom, free wifi, mini bar, kettle, coffee and cappuccino machine, heating and air conditioning. The glass door, which overlooks the internal courtyard, guarantees peace and tranquility. A complimentary Italian breakfast is offered at the B&B.

B&B Le Rondini in Monserrato is pet friendly: small dogs are allowed on request and with a small surcharge. In our house there are our two small dogs, Gigi and Nina, that have access to the internal courtyard.

Le Rondini also offers guided tours and excursions provided by the owner, Laura, who is a tourist guide and is fluent in Spanish and English.

Monserrato is a town bordering Cagliari, known for the presence of the typical Sardinian Campidanese houses, with their characteristic central courtyard. The name was born in the Spanish period and is linked to the Virgin of Monserrat; beforehand it was called Pauli (swamp). In the past it was part of the city of Cagliari.

What is a Campidanese house?

This is a typical house of the rural areas of southern Sardinia, and takes its name from the Campidano plain, an area where the economy was mainly agricultural.

Of ancient origin, the Campidanese house had a simple structure: it had a single ground floor developed around a central courtyard (sa pratza), a place of cohesion both from an architectural and social point of view.

It was accessed through a door whose size indicated the importance of the house. It had to be wide to allow wagons to pass.

In the main area were the kitchen and bedrooms, including one used for guests.

In the outer area were rooms for animals, stables, warehouses for wine, wheat and wood and rooms for various tools.

The construction technique using mud bricks is an ancient one, that was used since prehistoric times. This technique involves the formation of bricks with a mixture of earth, water and straw, formed in a mould, and then left in the open air until completely dry (an operation that requires at least two weeks or a month). It is a low environmental impact and recyclable material, and in terms of grey energy content (the energy consumed to produce it), it is among the lowest of all building materials. It is an excellent insulator, with a strong transpiring power, and also has excellent resistance characteristics. In addition, it naturally regulates the humidity and internal temperature of the home. 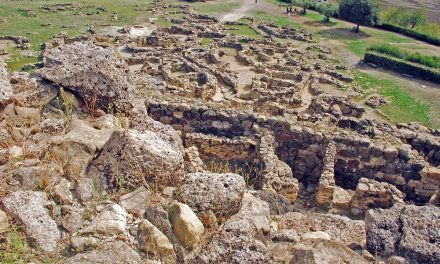